Coronavirus: strengthening your resistance with Homeopathy

In the last few days several clients have asked what homeopathic remedies and supplements I would recommend to help protect against Coronavirus (COVID-19). There re so many options available to us that I am dividing my answer into two articles. The first is about strengthening your resistance with Homeopathy, and the second will be about the use of supplements including vitamins and minerals, herbs and other neutraceuticals.

As I am sure you are aware, COVID-19 has now been declared a pandemic by the WHO and, understandably there is tremendous fear and anxiety about the situation. However, we can only succumb to a virus if we are susceptible. It is reassuring to know that we are equipped with a highly sophisticated immune system which, most of the time, does an outstanding job of protecting us from viruses. The more we strengthen and nourish our immune system, the greater our resilience. Homeopathy is one of the tools that we can use to strengthen our resistance.

I am keeping up to date with the situation and reports are coming in from Homeopaths around the world who are assisting people with symptoms COVID-19. They are reporting that the most indicated remedies at the moment are Arsenicum Album, Bryonia, Gelsemium, Lycopodium, Mercurius, Kali Carb, Phosphorus, Eupatorium Perf and Ant Tart. The remedy required depends on the symptoms of the person infected and on the stage of the illness.

Homeopathy has a well established history of efficacy in epidemics. The 1918-1920 influenza pandemic was the most devastating worldwide epidemic that has ever been recorded, killing between 50 and 100 million people. It claimed more lives than World War I and more people died of influenza in a single year than in four-years of the black-death bubonic plague that swept through Europe from 1347 to 1351. The mortality rate of the 1918 influenza pandemic was about 30% with most people dying from pneumonia after contracting influenza. However, the death rate in people treated with homeopathy was dramatically lower. For example, the American Institute of Homeopathy (AIH) reported that 88 physicians treated 26,795 patients with a loss of 273 cases, a mortality of 1.02%. Many more detailled reports can be found in André Saine’s referenced debate paper about the quality of homeopathic medicine, dated March 28, 2013.

Homeopathic treament was also extremely effective in during Typhus Fever (1813), Cholera (1831, 1854 and 1855), Diptheria (1862-1864). Reports show that the mortality rates in patients treated with Homeopathy were considerably lower for all these illnesses compared with conventional treatment.

The primary preventative methods are of course washing your hands etc. I will not go into these recommendations here as they are widely available on the internet and you probably know by now how important they are. 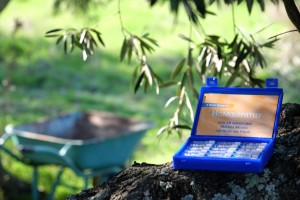 Homeopathy is a versatile system of medicine so, when it comes to prevention, there are many different approaches amongst Homeopaths. It is important to note that I am not claiming that Homeopathy can prevent COVID-19. However, I would like to share with you the remedy that myself, my family and friends are using. That remedy is Anas Barbaraie 200c, also known as Oscillococcinum in Europe.  It is a remedy which is well known in homeopathic circles as it has the potential to protect against viruses such as infuenza. This remedy was also recommended by Robin Murphy ND in his recent webinar.

Anas Barbarie is a remedy that I take whenever I feel I may have a virus such as cold or flu. I take it three times daily for a couple of days and it usually stops the illness in it’s tracks. As a precaution I have taken Anas Barbaraie a couple of times in the last 2 weeks. I haven’t needed to take it often as we live in the countryside which is sparsely populated. However, I have advised my family and friends to take it twice daily for 3 days as a potential preventative and to repeat this if they develop any symptoms or are in contact with anyone who has COVID-19.

Homeopathy is the primary system of medicine for about 100 million people in India and Arsenicum Album 30c has been recommended as a prophylactic for 2019n-Cov by the AYUSH Ministry of the Government of India. Dr Batra’s clinics in India are distributing the medicine free of charge throughout India. AYUSH are recommending Arsenicum Album 30c once daily for three days repeated after a month if needed.

Aconite is included in the remedy section below, however, I would also classify it as a potetial preventative because, if it is indicated and taken early enough, it can stop the progression of colds and flu’s. Aconite is indicated for the sudden onset of high temperature, flushed face, frequent sneezing, runny nose, dry, red sore throat with intense thirst. I recommend taking Aconite 200c, repeating it after about 30 minutes and again after another hour.

I can not say that Aconite will work for 2019-nCov as I have not treated anyone with the virus. However, my clients and I have successfully used it countless times to nip a cold in the bud and 2019-nCov is a cold virus.

Homeopathic medicines work best if you can take them as soon as possible following the onset of symptoms. A great way to have immediate access to homeopathic remedies is to purchase a homeopathic kit.

In this section I have included remedies which may be indicated during the early stages of 2019-nCov. Some cases of 2019 nCov progress to pneumonia, however, I have not included those remedies here. Pneumonia is a serious condition for which I would not recommend self prescribing unless you are very experienced in using Homeopathy. When choosing a homeopathic remedy, select the remedy which most closely resembes the presenting symptoms. It is unlikely that a person will have all of the symptoms listed under the remedy indications. However, usually at least 3 of the symptoms usually need to be present to justify the remedy. If none of the remedies below are indicated, please contact myself or another professional Homeopath for assistance.

As you can see, the indications for Aconite are symptoms which are frequently found during the initial stages of cold and flu viruses. My clients and I find Aconite to be an outstanding remedy for helping to prevent the progression of colds and flu (if taken during the very early stages when the following symptoms are present): 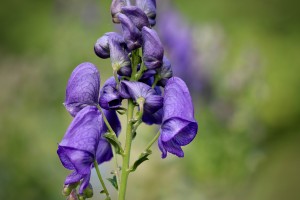 Image by Annette Meyer from Pixabay

Gelsemium was the main remedy prescribed by Homeopaths during the 1918 influenza pandemic. It is a remedy that I use very frequently in my practice as it is often indicated in influenza like viruses as well as in chronic conditions such as chronic fatigue syndrome. Several well known Homeopaths, including Paul Herschu, have found Gelsemium to be one of the remedies which 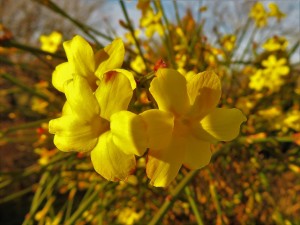 Image by Margó Kovács from Pixabay

The key guiding symptoms for prescribing gelsemium are dizziness, drowsiness, dullness and trembling

According to Homeopaths from around the world, Bryonia is one of the top remedies to consider for 2019-nCov at the moment. 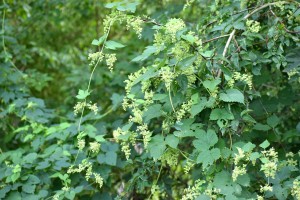 Image by Mrdidg from Pixabay

One of the key indications for Bryonia is that the cough is extremely painful. This helps to differentiate it from other remdies. Aggravation from movement is also keynote of Bryonia. Remaining still may ease the symptoms but as soon as they need to move they feel worse. 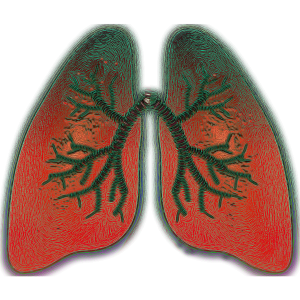 Image by VSRao from Pixabay

Homeopathy is the primary system of medicine for about 100 million people in India and Arsenicum Album 30c has been recommended as a prophylactic for 2019n-Cov by the AYUSH Ministry of the Government of India. Dr Batra’s clinics in India are distributing the medicine free of charge throughout India.

The symptoms that Arsenicum treats bear a close resemblance to the syptoms of 2019-NCov. Arsenicum Album has a very strong affinity with the lungs and is especially indicated for the elderly. Interestingly, Arsenicum is a major remedy for anxiety about health, which is being promoted via the media hype. 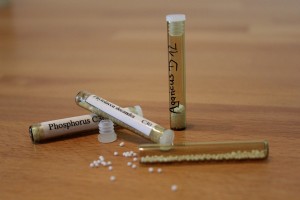 Image by Jasmin777 from Pixabay

How To Take Homeopathic Medicines

Where To Purchase Homeopathic Medicines

The Helios Basic Kit contains several of the remedies mentioned in my article including aconite, arsenicum, bryonia and gelsemium.

This website uses cookies to improve your experience while you navigate through the website. Out of these, the cookies that are categorized as necessary are stored on your browser as they are essential for the working of basic functionalities of the website. We also use third-party cookies that help us analyze and understand how you use this website. These cookies will be stored in your browser only with your consent. You also have the option to opt-out of these cookies. But opting out of some of these cookies may affect your browsing experience.
Necessary Always Enabled
Necessary cookies are absolutely essential for the website to function properly. This category only includes cookies that ensures basic functionalities and security features of the website. These cookies do not store any personal information.
Non-necessary
Any cookies that may not be particularly necessary for the website to function and is used specifically to collect user personal data via analytics, ads, other embedded contents are termed as non-necessary cookies. It is mandatory to procure user consent prior to running these cookies on your website.
SAVE & ACCEPT