There are many supplements which have the potential to help us resist COVID-19 by strengthening our immune system. This article will focus on the role of Vitamin D in immune health as well as guidance for testing and supplementation.

Vitamin D has been one of the most extensively researched Vitamins in recent years and it has become clear that the role of Vitamin D on human health is significantly more far reaching than originally thought. Based on these findings, Vitamin D is now classified as a pro-hormone as well as an essential vitamin. Vitamin D receptors have been identified within most body tissues and lack of Vitamin D is connected to many chronic diseases. In fact, research suggests that optimal levels of Vitamin D may be protective against diabetes mellitus, osteoporosis, osteoarthritis, hypertension, cardiovascular disease, metabolic syndrome, depression, several autoimmune diseases, and cancers of the breast, prostate, and colon.

Vitamin D influences multiple aspects of our sophisticated immune system and Vitamin D Receptors have been identified in immunological cells. It is, therefore, not surprising that people often succumb to influenza and cold viruses at the time when Vitamin D levels are at their lowest due to seasonal changes. There is an abundance of research supporting the role of Vitamin D in a healthy immune response. Several reseachers have demonstrated the protective effect of Vitamin D against infectious diseases. However, it is also important to note that there are also some contradictory findings. This is hardly surprising considering the sheer volume of research that has been conducted into Vitamin D. This is a summary of some of the research: 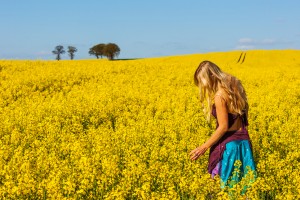 Vitamin D is often referred to as the sunshine vitamin as it is primarily synthesised in the body from sunlight. Vitamin D (cholecalciferol) is formed in the skin following exposure to sunlight. It then travels in the blood to the liver where it is undergoes the first stage of conversion. It’s final transformation into 1,25-dihydroxyvitamin D (calcitriol) takes place in the kidneys.

At this time of year, Vitamin D reserves are already at their lowest due to seasonal changes. Current cirumstances may lead to further depletion of  Vitamin D levels because many people in quarantine have extremely limited exposure to sunshine (especially people whose homes do not have any outside space). The sun’s UVB rays are not able to penetrate through windows, so Vitamin D can not be synthesised whilst indoors.

Vitamin D synthesised from sunlight is far greater than could be obtained from dietary sources alone because few foods are rich is Vitamin D. For example, about 30 minutes midsummer midday sun exposure in Oslo (to the whole skin surface) is equivalent to taking between 10,000 and 20,000 IU vitamin D orally To put this into context, a 3oz portion of salmon contains 570 iu, half a cup of mushrooms exposed to UV light* contains 366 iu and 1 egg contain 44 iu.

Vitamin D testing is often included in routine blood tests. However, it is also possible to have your Vitamin D tested privately through a home test kit. I recommend www.vitamindtest.org.uk *

* I do not have any affiliation with this lab or earn any commission from recommending the test.

Whilst this test is accurate, the reference ranges are set quite low. You may wish to refer to the section below to help with the interpretation of the results.

Interpretation Of The Results

It is always better to personalise the dose of Vitamin D based on test results and one’s state of health. In the absence of this information I typically recommend a moderate dose of 2000 iu daily for adults. As we can see from the work of Alex Vasquez, Gilbert Manso & John Cannell we can safely supplement much higher doses than this. However, I prefer not to recommend doses greater than 4000 iu daily without testing.

There are a wide range of Vitamin D supplements available. My preference is for liquids as they are pure, easy to take and the absorption of Vitamin D is facilitated by the presence of fat such as sesame, olive or coconut oil.

(When you use this code you are also supporting my business as I receive a small commission. This helps towards the time that I spend writing articles)

Vitamin D is generally safe, however, if you have a chronic health condition, or you are taking prescribed medication, it is always best to check whether there are any contraindications.

You can find out more information about possible contraindications on this website:

This website uses cookies to improve your experience while you navigate through the website. Out of these, the cookies that are categorized as necessary are stored on your browser as they are essential for the working of basic functionalities of the website. We also use third-party cookies that help us analyze and understand how you use this website. These cookies will be stored in your browser only with your consent. You also have the option to opt-out of these cookies. But opting out of some of these cookies may affect your browsing experience.
Necessary Always Enabled

Any cookies that may not be particularly necessary for the website to function and is used specifically to collect user personal data via analytics, ads, other embedded contents are termed as non-necessary cookies. It is mandatory to procure user consent prior to running these cookies on your website.